This season, based on requests from our guests, we began offering Destination Tours. 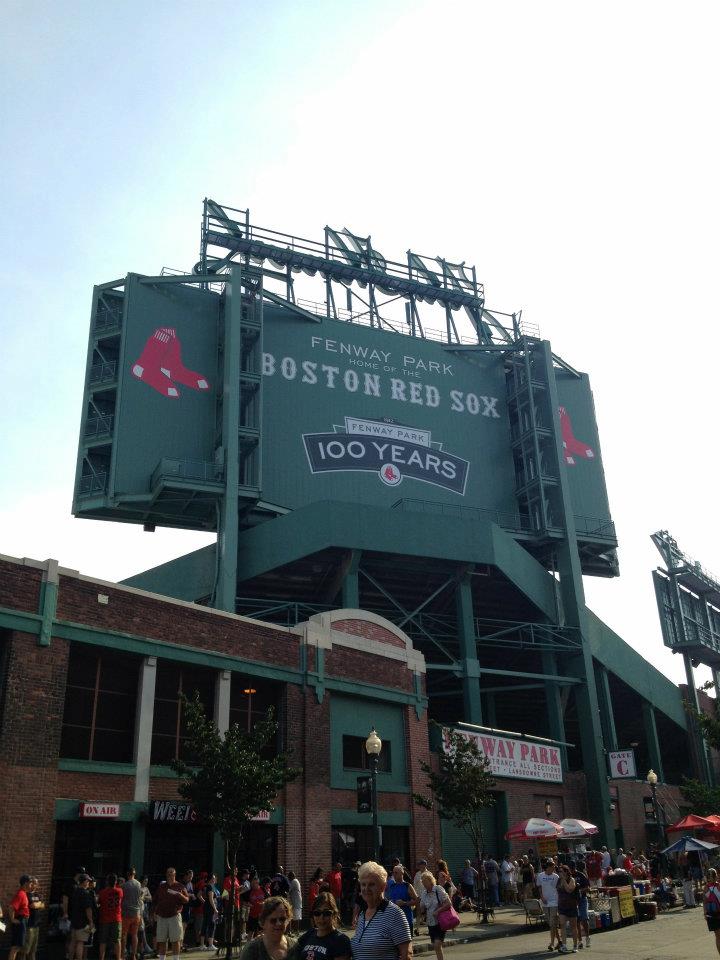 Instead of visiting multiple stadiums and cities, these tours give our guests the opportunity to explore one city and ballpark(s) usually over a long weekend. Guests enjoyed 2013 Destination Tours to Chicago and New York, and last week, Boston.

Our host hotel was the Boston Sheraton.  The Sheraton is the largest hotel in Boston and is connected to the Prudential Center.  The Prudential Center houses a wide variety of shops and restaurants and is "the place" to shop in Boston.  Our guests enjoyed the chance to check out the shopping and eateries during the free time they had on the tour.

The first game at Fenway Park featured the Yankees against the Red Sox.  The group, with BLT host Mike Gorton, took the short 10 minute walk to Fenway Park to check out the sites and sounds around the ballpark before the game.  As always, our guests were seated in the lower level.  Unfortunately, the one thing we can't guarantee at Big League Tours is a close game.  Our guests watched the Yankees destroy the Red Sox 10-3.

On Saturday, the group had all day in Boston to explore the city.  As part of the Destination Tour package, they received a Duck Tour of the city.  The Duck Tour is a land/water tour that takes folks through the historic city.  Our guests were thrilled with the added attraction provided by Big League Tours and said they would recommend it to 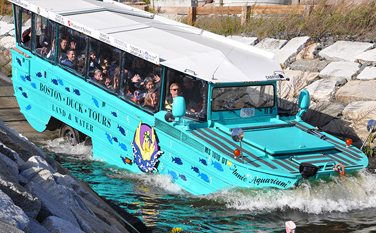 Sunday was the last day of the Boston Destination Tour.  After a full day in the city, we gathered in the lobby to head over to Fenway for a VIP Batting Practice Experience before the nationally televised ESPN game.  Our Red Sox tour guide, Sarah, met us at the VIP entrance then escorted to the field where we were able to watch batting practice from behind the screen.  Our guests were thrilled with the opportunity to be that close to all the players from both teams, and watched as the hitters bombed ball after ball into the seats.  Sarah took us up to the Green Monster in left field to see if we could catch a batting practice homer.  None of our guests were able to snag a ball, but the view and the IPA Green Monster beer made up for that. 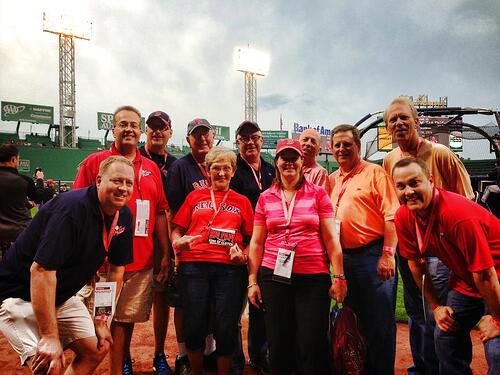 After settling into their lower level seats, the group was treated to some excitement.  This was the game in which Ryan Dempster plugged A-Rod in the bottom of the second inning.  The benches cleared, Joe Girardi was tossed, and then the game continued without incident.  This game had a lot of action with 26 hits and 15 runs between the two teams.  The Yankees were victorious as they defeated the Red Sox, 9-6.

Our Destination Tours have been a big hit in 2013. You can expect to see more offerings in 2014 for Chicago, Boston, and New York.  We will also be adding more cities like LA and San Francisco to the Destination Tour list.  So, make sure to visit our website and sign up to receive the updates and tour schedules when they become available.